So, 31 years on the Def Leppard album Hysteria is still going strong. When Def Leppard annouced they were coming to New Zealand I couldn’t resists; reminiscient of an easier time in my life of high school, no bills, no resposibilities; great .. I’m going to see Def Leppard!

I had to go with someone from the dark ages, someone who might appreciate the music, AND the funniness of it all!

Of course he’s overseas somewhere, but months pass, and I remind him .. and we’re off 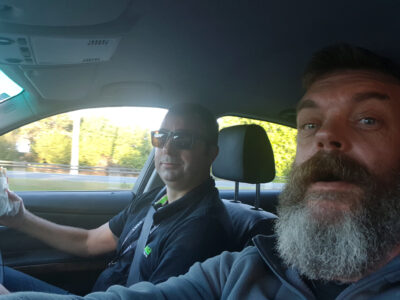 So we meet in Matamata, and head to Auckland, to Spark Arena.
Spark Arena isn’t huge, and this is a seated concert; we’re all old men and women remember, we need to sit :P 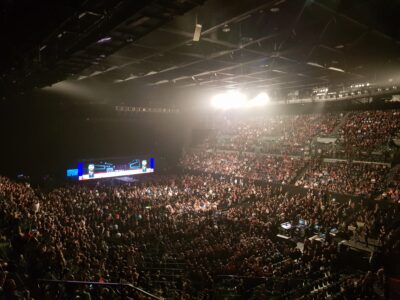 What a laugh; I just love (in small doses) the leather pants (especially on the ladies :) ), the big hair, the screaming guitars, the harmonies of the singer (Def Leppard still sounded like they were 20 somethings!!). Fantastic.

The concert was opened by The Scorpions, what a hoot.

But who I really came to see was Def Leppard !
These guys got together in 1977, and the album they came to play, Hysteria, was released in 1987 (man that was a pivotal year in my life! so many things happened that year.). 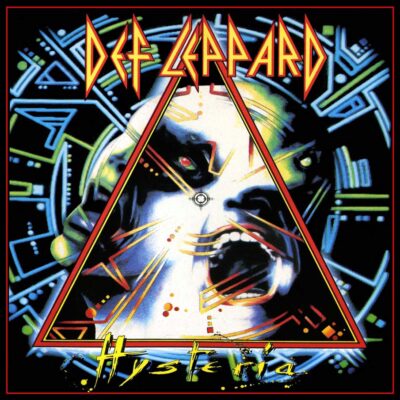 So here I am sitting with a friend who I’ve known for .. err .. 29 years (sheesh), listening to music that was released 31 years ago, wow!

Thanks Mark, I had a blast !

Very cool. Sounds like you had a good time!